I scored a rib roast from a local butcher shop whose owners were retiring. It was a beautiful 6lb chunk with an amazing fat cap on it. This is how I cooked it, and what I made with the leftovers.

First I rubbed it down with a rub made of the following:

I made sure that I covered every bit in this amazing rub, and used the roast to mop up any leftovers of the rub. It smelled so good. I then left it in the fridge for about 16 hours. It drew out a lot of moisture.

It was too cold to smoke it, and I didn’t to use the oven. So I used the turkey roaster, and placed the rib roast on the metal grate, so that fat could drip down. I mostly used the Turkey Roaster, because I don’t own a deep roasting pan for the oven. I started it off for the first half hour by going at 450F it got a nice crust on it. I then left it until it hit an internal temperature of 160F to take it to medium. My mother is not a fan of rare beef, so that’s what I have to do.

I then left it to rest inside the turkey roaster with the lid cracked for a solid 30 to 40 minutes. It came out absolutely gorgeous. 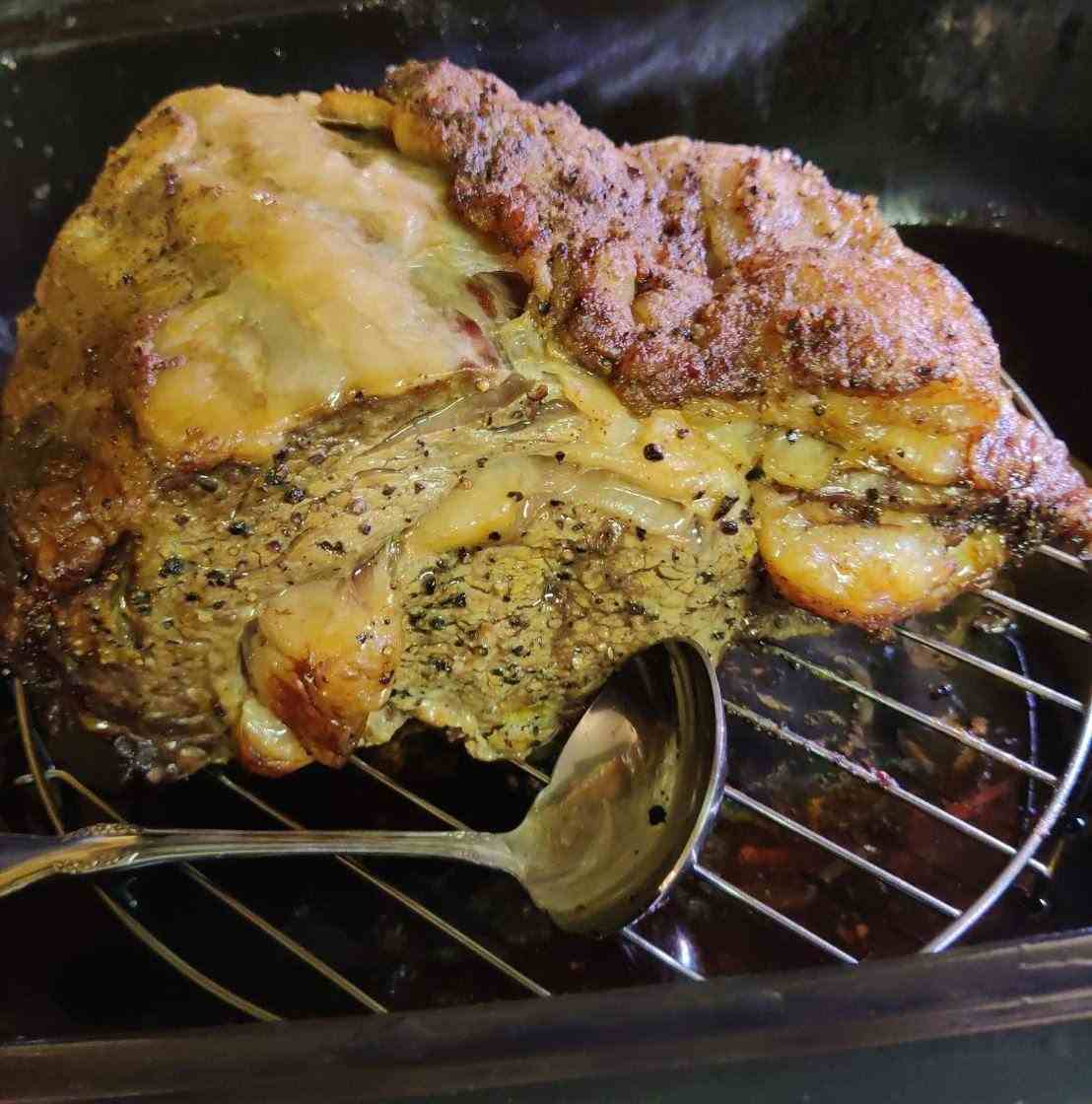 There was more than enough fat to make an amazing gravy. So I ladled some of the fat into my new all-clad saucepan (not sponsored I just really like it). I brought it up to temperature over low heat. I then added some flour to make a standard rue, and whisked. After that I slowly added some vegetable broth to make a thin gravy.

I waited for my mother to get home so I could properly serve. I reheated some thin sliced rib-roast in my fry pan. It turned out really quite well. The beef was beautifully fatty and delicious.

The rib roast even reheats nicely. The day after I made it. I sauteed some onions and mushrooms in Irish butter, and placed some more thin sliced roast in the pan. Adding some of the leftover gravy to stew the beef. I then seasoned with freshly cracked black pepper. I think it turned out really well.

This is me signing off for 2020, and to a little more than 5 years of blogging. Hopefully I’ve obtained some regular readers, but that doesn’t always happen. Anyways thanks for reading, these are just my personal notes on cooking.

Update January 5th 2021 - Some of the things I made with the roast.

Here’s a couple of the other dishes I made with the roast. 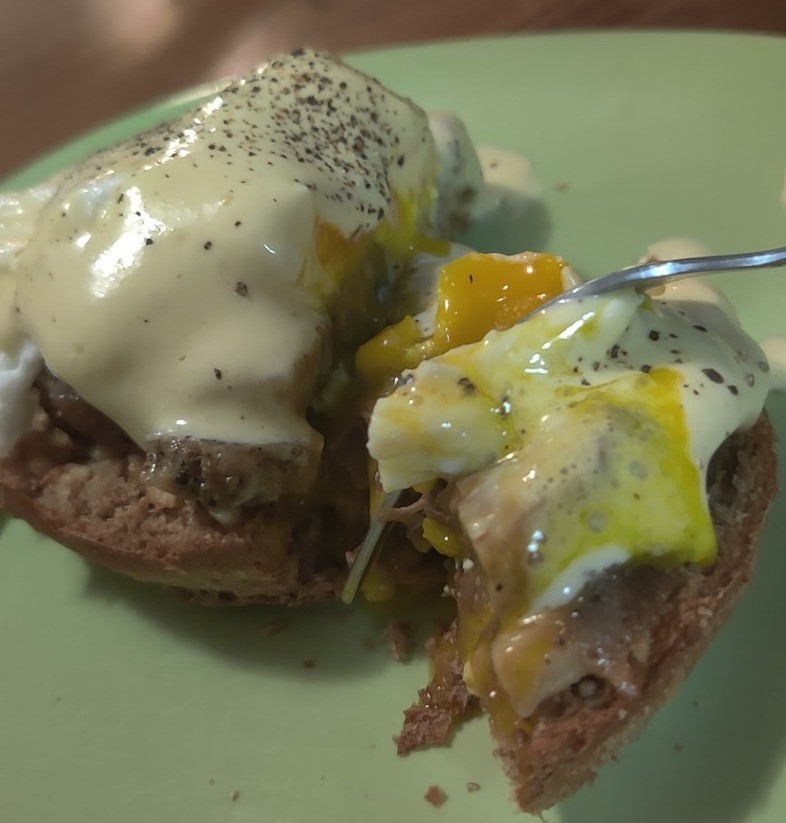 I also made some amazing Eggs Benedict with prime rib. I used my iSi whipper I got for Christmas to make a fluffy and foamy hollandaise sauce.