I saw a captcha with dice thread on hacker news. The general idea of the captcha was to find the picture of dice with the right sum on it. I was wondering how hard it would be to generate several thousand of these dice images, and how long it would take using POV-ray. POV-ray is the Persistence of Vision Ray Tracer. It takes a text based description of the scene built using various primitives like spheres and boxes to produce a ray traced image. The POV-ray language is Turing complete and allows some really advanced programming features, such as macros, loops and conditionals, which I take full advantage of for this scene. The dice are even transparent. 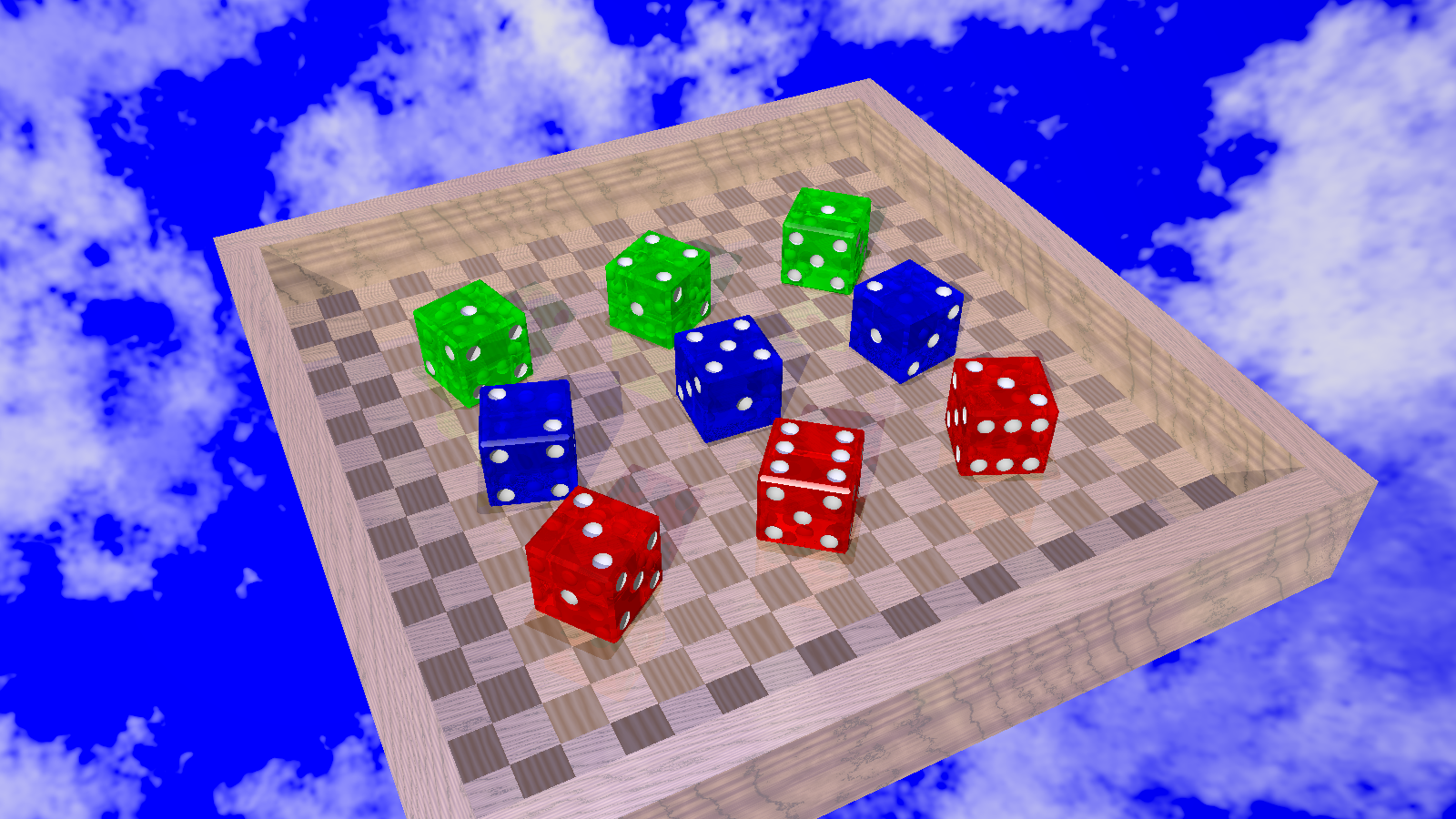 Benchmark and Estimation of Effort to Generate Dices for Captchas.

It took me roughly 6 hours with some exposure to POV-ray in the past to make the above scene. It takes roughly 10 seconds wall time to render on my 4 threaded laptop at 1600x900. Generating it at 400x400 takes approximately 2.5 seconds.

A captcha service should have at least a 100,000 variations on images to prevent abuse. So generation of the initial set of images would take roughly 69 and a half hours on my laptop assuming they were run as a batch process. Also using POV-ray would allow generation of new problems on the fly. This does not include writing a wrapper to modify the existing script to change the numbers on the fly.

The following code was used to generate the above image. It uses a lot of macros and for-loops to improve understandability and brevity. Macros allow function like creation of objects and enables hiding of what transformations are required to put things where they need to be.

The dice body is made up of a series of intersections with cylinders on a cube, so that the cube has some nice looking rounded edges. The dots are spheres on each face and produced using a difference. Using these primitive shapes enable exact calculation of geometry, unlike using a mesh which is only an approximation. Building things like this is called Constructive Solid Geometry. It’s super useful for when things have to be precise.

To recreate the above image, run povray Width=1600 Height=900 dice.pov after copying the code into a file called dice.pov.